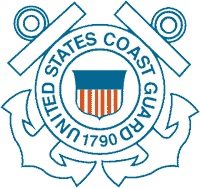 Our cruise ship accident lawyers here at Lipcon, Margulies, Alsina & Winkleman, P.A. often talk about the many faux pas of the cruising industry, including the all-too-often failure of cruise lines to maintain their ships in a safe condition, as well as the inability of many cruise lines to practice safe maritime protocols. Unfortunately, the general public sees only a glimpse of what really happens behind closed doors that leads to a tragedy, and usually only after a major accident has occurred. Now, we’re learning the shocking extent of cruise lines’ negligent practices from a Coast Guard report – and this information is available for everyone to see.

#1—Fire Screen Door Failures: Fire screen doors help keep fires isolated when, and if, they occur on a cruise ship. These doors, when in proper operation, can prevent the vessel from experiencing a ship-wide conflagration. Yet, when the Coast Guard tested the doors, citations were issued in 31 cases where the doors were damaged or unable to close properly.

#2—Blocked Escape Routes: Doors, hatches, and other escape routes located on board ships were found to be blocked. These blockages could create an unsafe evacuation situation in the event that people needed to be able to leave an area of the ship quickly in an emergency.

#3—Improper Training for Emergency Drills: The Coast Guard reported that crew members were sometimes unable to operate lifeboats or were not skilled in using fire-suppression systems. In the event of an emergency, passengers rely on crew to direct them and to operate the cruise ship’s safety features. Crew members were sometimes found to be unaware about crisis management procedures and crowd control management protocol.

#4—Deficient Lifeboats: The Coast Guard found that lifeboats, rescue boats, and sometimes the equipment used to launch these safety features were not in working order. Lifeboats are rendered useless if the equipment that could get them into the water isn’t working.

#5—Improper Use of Space: Crews were found to be placing combustible materials in places without proper fire suppression systems, creating a hazardous situation for everyone on board.

#6—Failed Smoke Detectors: Smoke detectors can alert crew and passengers that they need to evacuate in the event that a fire has broken out. Smoke detectors in 13 instances were found to be broken or deficient.

#7—Broken Sprinklers: When a fire occurs, a working sprinkler system can extinguish or limit the spread of a fire. In 12 instances, the Coast Guard found problems with cruise ship sprinkler systems.

#8—Failed Pollution Mitigation Equipment: Cruise ship pollution has been a major concern, as emissions and improperly disposed waste can lead to environmental disasters. Unfortunately, some cruise ships were found to have broken sanitation devices. In some instances, the oily water separator systems were found to not be in working order. This can pose a serious environmental risk.

#9—Problems with Emergency Lighting: Emergency lighting can ensure that in the event of a power outage or other emergency situation, passengers have the ability to see and can more easily make their way out of confined and potentially dangerous areas. The Coast Guard noted that photo luminescent tape had sometimes lost its luminescent properties and, in some cases, emergency lighting was found to be not working properly.

Clearly, the cruise industry has a long way to go to ensure the safety of its passengers – and the environment. Most passengers assume working fire alarms, lifeboats, and other safety measures are in place in the event of an emergency, and the failure of these systems on even one occasion is cause for concern. Also alarming are the number of oil leaks and other environmental mitigation failures that were cited. Given that cruise lines often venture near fragile shorelines and marine ecosystems, environmental mitigation failures of this frequency and magnitude are unconscionable.