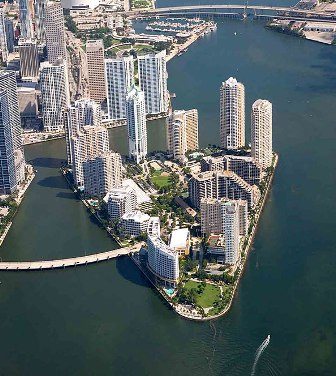 According to the Florida Center for Investigative Reporting, Florida ranks first in the nation for boating accident deaths. Given the characteristics of the Sunshine State, this statistic may not be all that shocking. Florida has the longest coastline of any state and is home to over 2,000 marinas. The state also has the largest number of boats registered in the country, with nearly one million registered vessels.

Boating is a $10 billion industry, yet many argue that Florida’s boating laws and regulations are not keeping up with the high number of boaters and accidents in the state. Understanding boating accident facts can significantly reduce an individual’s chances of getting hurt in open waters. Below are a few important statistics all boaters in Florida should be aware of.

The Florida Fish and Wildlife Commission recorded the location where accidents took place and found that the greatest number of accidents occurred in a bay or sound. A total of 174 accidents were reported in Florida’s bays. These locations are more liable to have greater boating traffic. The open ocean and gulf ranked second, with 139 accidents. Rivers and canals were also found to be hazardous, with 111 accidents taking place in rivers and 109 accidents occurring in canals.

Statistics also showed that boat-related accidents were more likely to happen between noon and 5 p.m., times when more individuals and boats are using waterways. And, out of all the counties in the state, Miami-Dade County reported the greatest number of boating accidents.

Now that boating season is in full swing, it’s important to take these statistics into account, which can help individuals either avoid or use extra caution when sailing in areas that are more prone to maritime accidents. As temperatures keep warming up and conditions become ideal for heading out to sea, not all boaters may have checked their equipment or updated their safety skills. The new season might also bring younger and new boaters to the water for the first time, which can also lead to a greater number of crashes.

The most common kind of boating accidents were collisions, so high traffic areas at high use times are of particular concern. Boaters should always take the time to ensure that they are up to date on safety courses, that their equipment is in proper working order, and that they are focused while cruising in high traffic areas. Boaters have a responsibility to refrain from using alcohol, yet several boaters become intoxicated while operating vessels and personal watercrafts, contributing to serious – and potentially fatal – injuries. Aside from intoxication, failure to have a proper lookout, excessive speed, and boater inexperience topped the list for accident causes.

Many factors contribute to boating accidents, but boaters in general should be aware of their surroundings, particularly on busy days out in the bay or sound. However, in the event that tragedy does strike (especially when it results from someone else’s negligence), victims and their loved ones can consult with an experienced boating accident attorney to determine whether or not they may be eligible to obtain compensation for their injuries or losses.