How Young is Too Young to Be Boating? - LMAW, PA
MARITIME LAWYERS AVAILABLE 24/7
Skip to content
COVID-19 UPDATE: We Remain Fully Operational. Click here to read a message from our President
Cruise Ship Law Blog 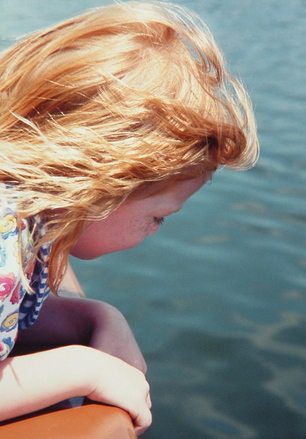 As any boating accident attorney well knows, tragedies at sea can strike at any moment. Yet, the recent disappearance of two Florida teens off the coast of Jupiter have many people wondering how young is too young for kids to start boating on their own.

While the teens who went missing were reportedly “sea kids” who had taken boating safety classes, many have argued that they were too young to handle the serious situation they encountered while at sea. Yet, are boating safety classes enough? Should kids who wouldn’t be considered old enough to operate a car be allowed out on the open water—where storms and other conditions can quickly escalate into serious situations? Additionally, these younger boaters may use heavy-trafficked bays, rivers, and canals. Could younger boaters, who don’t have the experience or the same level of judgment as older boaters, be placing other vessels at risk of collisions?

Florida requires minors to take boating courses if they are going to operate a 10 horsepower vessel or above. Florida doesn’t issue licenses. Instead, young boaters must carry a Boater Education Identification Card. Boaters cannot receive this card without first receiving a passing score on a test administered by the Florida Fish and Wildlife Conservation Commission and the National Association State Boating Law Administrators.

According to News Press, boaters as young as 11 have been entrusted to operate a boat once they have received their identification cards. The Sun Sentinel reports that for some Florida teens, taking the boat down the shore is not considered any different than taking a bike for a ride down the street. Kids as young as 13, 14, and 15 are allowed to take their parents’ vessels out into open water. In Florida’s boating culture, being able to take the boat out for a spin is seen as a right of passage in some families.

Yet, should the state place stricter regulations on when children are allowed to head out on their own? Should the legal boating age be raised to 16, as it is for driving? Should younger boaters with Boater Education Identification Cards be required to have a competent licensed adult on board?

As it stands, the Coast Guard currently places no age restrictions on how young is too young to operate a vessel. However, the establishment of a safe boating age is not only a Florida debate, or a U.S. debate—it is a global one.

Several years ago, the Dutch government threatened to take Laura Dekker out of her parents’ custody when she announced her attempt to be the youngest person to sail solo around the world. Dutch Family Court lost the battle and in 2012, Dekker became the youngest person to circumnavigate the globe at 16 years of age (when she completed her journey).

It is clear that questions about the appropriate boating age will continue to be asked in the weeks and months to come.

Many teens claim that they enjoy the independence of solo navigation. And certainly, some teens have the experience and wiles to survive tough situations. However, the Coast Guard and local governments should also consider general safety for all boaters and the safety of these minors who are out in open water alone. The cost of rescue and search efforts can be immense, as well. State and local officials need to consider all the consequences society bears when it allows young boaters to take to the water by themselves.

Young and old boaters should always take some general precautions into account before going out to sea. Common sense measures like checking the weather, wearing a life jacket, and taking appropriate courses can increase safety.