Our Lawyer Offers Insight on Why the Gaza Conflict Could Spell Disaster for Cruise Lines - LM&W, PA
MARITIME LAWYERS AVAILABLE 24/7
Skip to content
COVID-19 UPDATE: We Remain Fully Operational. Click here to read a message from our President 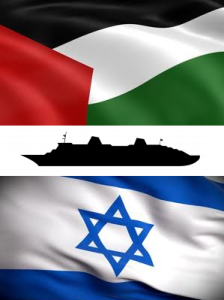 Last time, we discussed the growing tensions between Israel and Palestine over the Gaza Strip, and how cruise lines should consider pulling ships out of any port in the remote vicinity of the crossfire. Cruise lines have a responsibility to keep everyone on board a ship safe from harm, and few things are more dangerous than sailing right into a warzone. But at the same time, cruise lines are out to make a profit. If ships were to stop calling on ports near the line of fire, like the Israeli port of Ashdod, that would mean a loss in revenue. At this point, you might be wondering how profit could possibly trump safety, but in our years of experience, any maritime lawyer at our firm can tell you that cruise lines are willing to go pretty far to both make a profit and to avoid losing profit.

How do these loopholes work? Well, as far as foreign ship registry goes, flying a foreign country’s flag means that ship reverts to that country’s laws when an incident occurs. That country’s government will be responsible for carrying out any investigations and because not all nations have as extensive of a law enforcement force, victims may never even obtain justice for the wrongs they suffer during a cruise vacation.

As far as cruise ticket contracts go, the disclaimer – at the very least – is able to buy cruise lines some time following an accident or crime. And we say it “buys some time” only because cruise lines cannot fully hide behind their legal disclaimers if the premises of said disclaimers are false. A cruise line’s responsibility to protect their passengers and crew takes precedence over all else. An experienced maritime lawyer how knows and understands the laws governing cruise ship safety can determine if the cruise line is in fact to blame for the accident or crime, and can thus bring a case against the cruise company for negligence.

In this case, if a cruise line refuses to pull out of the Middle East, especially the port of Ashdod, they may face huge liability lawsuits if someone on board gets hurt because the ship sailed right into the middle of the conflict.

Now, is it likely that cruise lines will stop port calls in the area? There’s a real possibility that at least some cruise companies will make the right call. About two years ago, several cruise lines cancelled port calls in Tunisia following an Islamic terrorist attack at an American embassy. Among the cruise lines who modified their itineraries to avoid calling on Tunisia were Royal Caribbean, Holland America and Disney Cruises. We applaud those cruise lines for making the right call and placing passenger safety above profit, but the situation in Gaza is completely different.

Let’s look at the facts. The attack in Tunisia was isolated to the U.S. embassy, but the attacks between Israelis and Palestinians spans both nations. Obviously, it would be much more serious if cruise lines were to call on Ashdod than if they would have called on Tunisia. The grandiosity of the conflict would seem reason enough alone that cruise lines will, in fact, alter their itineraries to avoid the region. However, there’s another big factor that comes into play – money.

Tunisia is nowhere near as popular of a port as is Ashdod, or any other Israeli port for that matter. There are far more cruise lines that feature Israel on their itineraries than Tunisia, which means that if port calls do stop, cruise lines will lose A LOT more revenue than they would have during the Tunisia cancellations.

As usual, it all boils down to money. Will cruise lines make the right choice? We’ll have to wait to find out. But in the meantime, cruise passengers booked on sailings that feature Israeli ports should think about choosing a maritime lawyer before setting sail.