Princess Cruises, based in California, is a wholly owned subsidiary of Carnival. We have successfully handled hundreds of passenger and crew cases against Princess. We have attorneys licensed in California which allows us to file cases against Princess in California (where suit is required to be filed for passengers per the cruise passenger ticket contract). Crewmember cases are required to be filed in Arbitration, in Bermuda, and we are frequently successful in handling these crew injury claims. 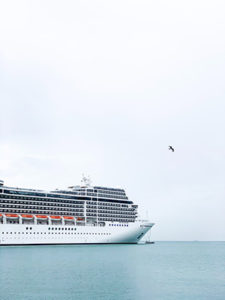 Princess is one of 10 total cruise brands owned by Carnival Corporation & PLC. Both American and international passengers travel on ships operated by Princess Cruises, and the company celebrated its 50th anniversary in 2015.
We are currently handling several Class Action lawsuits which allege that the Defendant, Princess cruises, knowingly and intentionally decided to proceed with cruises aboard the Grand Princess and Ruby Princess ships despite knowing at least one of its passengers from the prior voyage had symptoms of coronavirus. These sailings resulted in hundreds of positive Coronavirus exposures and led to multiple deaths, including those of families also represented by Lipcon, Margulies & Winkleman, P.A.

While the famous Pacific Princess from The Love Boat was retired in 2013 and no longer sets sail, there are still many ships in Princess Cruises’ fleet for passengers to choose from if they wish to take a Princess Cruise. The company’s fleet includes:

There are two additional ships that Princess Cruises has announced will be added to its fleet in the future. The Enchanted Princess was expected to arrive in 2020, with Discovery Princess to follow in 2021. However, construction has been delayed due to COVID-19, and with all voyages currently suspended, it remains to be seen when these ships will actually make their debut.

On many of the ships operated by Princess Cruises, problems have occurred that have put passengers in harm’s way. From an incident in which an 8-year-old nearly drowned to passenger evacuations to passengers going missing, there have been many different situations where those aboard a Princess Cruises ship were put in peril.

When a cruise line fails to provide a safe environment or fails to use reasonable care and passengers or crew members are put in jeopardy, injured victims wishing to pursue legal action should consult a maritime lawyer to assist them in navigating the complexities associated with holding the cruise line accountable. Contact a lawyer if you or a loved one has suffered any of the following relating to a Princess cruise ship:

The laws regarding each type of accident are different. For example, different rules apply depending on whether you are a passenger or a crewmember. The standard of proof also varies: most injuries require you to prove negligence, but some damages may be available to injured workers even if the accident was no one’s fault. For passengers, the disclaimers on the ticket you purchased may affect your ability to bring a claim. And if you were one of many people who suffered the same accident—as in the case of coronavirus—it may make the most sense for you to join in a class action.

An experienced cruise ship attorney can evaluate your unique circumstances and advise you about the type of claim you should pursue, the time limits on your claim, and anything else you should be aware of.

What Should You Look for When Choosing a Princess Cruise Line Attorney?

If you suffered an injury or lost a loved one as the result of a cruise ship accident, you deserve compensation. Cruise ship cases are unusually complex because they involve maritime law, which most lawyers are not familiar with. You will have a much better chance of success if you select a lawyer with a proven track record in this industry.

So how do you know when you’ve found the right lawyer? A little research can make a big difference in selecting the right lawyer. If you can find a lawyer with an established reputation in the industry, successful case results, and demonstrated experience, you can feel confident that they have the ability to protect your interests.

Our firm has received many of the highest forms of recognition available in our industry. Some of our awards include:
Charles A. Lipcon named 2020 Admiralty & Maritime Lawyer of the Year by U.S. News & World Report;
Named to Best Law Firms by U.S. News & World Report for five consecutive years (2016–2020);
Only cruise ship law firm in the U.S. to have four attorneys named as “Best Lawyers”; and
Named by Thomson Reuters as “Super Lawyers” every year since 2008.

These represent only a sample of our numerous accolades.

Because of our stellar reputation, news outlets from around the country frequently consult our lawyers as expert analysts to talk about cruise line issues on their programs. We have been featured on all major broadcasting networks, including ABC, CBS, NBC, FOX, and CNN. Our many high-profile cases also frequently receive national attention from outlets like The NY Times, The Washington Post, and TIME.

Lipcon, Margulies & Winkleman, P.A., has recovered over $300 million dollars for injury victims. We have experience taking legal action against Princess Cruises, as well as other cruise lines operated by its parent company, such as Carnival. We are ready to fight for you against this cruise company or any other cruise line that does not live up to its obligations to provide a safe work environment or safe and secure traveling environment.

We have a strong track record of successful results in hundreds of cases against cruise lines like Princess. These include a number of multi-million dollar verdicts. Examples of our successes include:
$3.6 million verdict for a shipboard electrician who developed lung cancer as a result of asbestos exposure while working on a cruise ship;

Every case is different, and the results of past cases can’t tell you much about the specific result you can expect in your case. But what these results can tell you is that Lipcon, Margulies & Winkleman, P.A., is a firm that knows how to get things done. We fight for our clients every step of the way, and we aren’t afraid to take high-stakes cases to court.

You can feel confident that your case is in good hands with LM&W.

Lipcon, Margulies & Winkleman, P.A., has been practicing cruise ship law for nearly 50 years. Our firm focuses specifically on maritime law, and we have handled hundreds of cruise ship cases. Our lawyers’ combined 165 years of experience can put your mind at ease regarding our ability to seek the best possible outcome for your case. Although we are based in Florida, our clients come from all over the world. We speak multiple languages, and we have even appeared in foreign courtrooms. You don’t have to be an American citizen to benefit from our services—we are here to help everyone. You can trust us to hold Princess Cruises accountable for their negligent or wrongful behavior.

Not only is our experience unparalleled among cruise ship firms, but we know how to leverage that experience even in the face of difficult legal questions. We aren’t here to simply settle slam dunk cases and move on. We will use our skills and resources to take on the hard questions. In fact, we have brought a number of landmark cases to the attention of appellate courts. These cases have helped shape cruise line law on matters such as the need for cruise ships to warn of the risk of sexual assault and what types of evidence can be used in cruise ship cases.

These examples merely scratch the surface of LM&W’s accomplishments. You can feel confident that our attorneys have the skills and knowledge to successfully litigate your cruise ship claim.

Lipcon, Margulies & Winkleman, P.A. has helped many crew members and passengers not only pursue cases against Princess Cruises but also take legal action after being harmed while on any cruise. Our attorneys provide representation to victims of rape or sexual assault, accidental injury, and many other types of harms. Give us a call today at (877) 233-1238 or contact us online to speak with a lawyer if you or someone you love was hurt or killed while working or traveling aboard a cruise ship.