Charles R. Lipcon | LM&W, P.A
Integrity First, Compassion, and Excellence in All We Do
Skip to content
COVID-19 UPDATE: We Remain Fully Operational. Click here to read a message from our President Charles R. Lipcon is the firm’s founder and one of the preeminent maritime attorneys in the United States. Mr. Lipcon has been handling maritime lawsuits – including personal injury, wrongful death, sexual assault and rape – for over 40 years. In that time, he and his firm have recovered hundreds of millions of dollars for their clients. In addition, he has prevailed on landmark cases that have shaped maritime law and helped passengers, seamen and their families recover for the harm they suffer.

Mr. Lipcon was admitted to the Florida Bar in 1971 and opened his own law practice in 1972. He has received the following awards and recognition:

As president of the firm, Charles Lipcon focuses on litigation strategy for the complex maritime legal matters the firm handles. His team of maritime attorneys focuses primarily on admiralty, maritime and personal injury litigation against cruise lines. Mr. Lipcon also has significant experience handling aviation disasters, automobile accidents, commercial torts and class action lawsuits. He is frequently consulted for his expertise representing sexual assault or rape of passengers or crew onboard ships.

A National Merit Scholar, Mr. Lipcon graduated from the University of Miami in 1968 and obtained his law degree in 1971.

Charles Lipcon is among the most well-established maritime attorneys in the United States, and whose law firm having secured over $300,000,000 for clients through favorable settlements and verdicts. In addition, he has prevailed in landmark cases that have fundamentally changed maritime law, paving the way for future cruise ship passengers and seamen to more easily obtain compensation for their injuries.

The following are some of Mr. Lipcon’s notable victories and landmark cases:

Mr. Lipcon is the author of several popular books and publications including “Help for the Auto Accident Victim“, “Seaman’s Rights in the United States When Involved in an Accident“, The Cruise Line Law Reporterand his newest release, “Unsafe on the High Seas.” “Unsafe on the High Seas” is available on Amazon.com, iTunes and Nook as an e-book and has remained among the top 30 best-selling books in Amazon’s travel section.

Admission to Courts Around the Country

Charles R. Lipcon has been admitted to practice in the following courts: 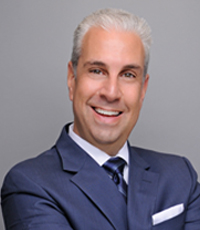