Why Don’t Cruise Lines Have Lifeguards? - LM&W, PA
Integrity First, Compassion, and Excellence in All We Do
Skip to content
COVID-19 UPDATE: We Remain Fully Operational. Click here to read a message from our President 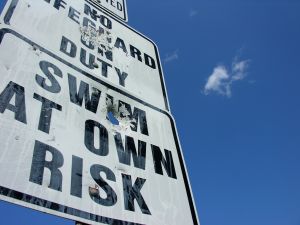 This blog post was originally posted on June 20, 2013. Since that time, there have been significant changes to the cruise industry — largely in response to a series of successful lawsuits brought about by Lipcon, Margulies & Winkleman, P.A. By 2017, over a dozen drowning incidents aboard cruise ships, like the one that initially inspired this blog post, had occurred. A long-standing industry-wide policy that placed the responsibility for the safety of their children on the parents began to become costly in terms of both money and public opinion. In 2017, in response to financial and public pressure, Norwegian Cruise Line and Royal Caribbean Cruise Lines both announced that they would be posting lifeguards at their cruise ship swimming pools. Disney Cruise Lines, which caters to families and promotes the safety of their cruise ships for children, was previously the only company that provided lifeguards on its ships.

While many cruise ship swimming pools are now staffed with lifeguards, cruise ship drownings are still a common occurrence particularly because there are still several cruise lines which do not use lifeguards. The maritime law attorneys of Lipcon, Margulies & Winkleman, P.A. stand committed to effect change in the industry and fight for the rights of victims. We are proud of our efforts to mitigate the unnecessary loss of life on cruise ships.

As an update on the condition of a 4-year-old boy who nearly drowned in the pool of a Disney Cruise Line ship reveals he is finally alert (after months of being in a vegetative state), we are left to wonder why exactly is it that cruise lines do not employ lifeguards? Is it because they don’t want to spend any more money than they already feel forced to on crew members? Is it because crew quarters are limited? Or is it because cruise lines just don’t fully comprehend what it takes to provide a safe environment on their ships?

Whatever the answer, it’s become clear that with each passing cruise ship accident, safety is not being improved on any vessel.  But as far as pool safety goes, there just isn’t any excuse not to hire lifeguards. Cruise ships are basically floating hotels that are out in the middle of the ocean without a nearby hospital to turn to when emergencies arise.  The only line of defense a line has when someone is injured or experiences a health emergency is to have a sufficient number of highly trained and capable crew members onboard to assist victims. But while cruise ships are getting bigger,  crews are getting smaller and their training appears to be getting worse by the minute – especially in regards to emergency situations.The little boy in question was almost killed after being found unresponsive inside a Disney Fantasy pool on March 30. He was rushed to an area hospital and then airlifted to Arnold Palmer Hospital for Children in Orlando for better treatment but was unresponsive for several months. It wasn’t until yesterday that reports surfaced regarding the little boy’s condition. Allegedly, he is doing better and is now alert and undergoing therapy at a hospital in St. Paul.

Like most other cruise lines might do, Disney may try to claim that since the young victim is doing better, the line shouldn’t have to worry about any sort of compensation for the family’s medical bills or suffering. But should Disney be held liable because there were no lifeguards onboard to monitor passenger safety?

According to the Cruise Lines International Association (CLIA), the answer is no.

In a forbes.com article about the Disney Fantasy near-drowning accident, David Peikin, CLIA’s Director of Public Affairs, said that because cruise lines like Disney inform passengers of the potential for danger in the pool areas and put up signs that state there aren’t any lifeguards around, it is up to the passengers to make sure nothing bad happens.

But are these inconspicuous signs enough? What are cruise lines, aka floating hotels, thinking when they choose not to employ any lifeguards? Who will save a victim when danger strikes at the pool then?

Had a lifeguard who was properly trained to handle drowning incidents been present at the Disney Fantasy pool, could the boy’s accident been completely prevented? Or, at the very least, could he have received better care from a trained professional?

These so called “warning signs” are not made very clear and with all the distractions onboard a cruise ship, is it just to say passengers should be responsible for swimming at their own risk?

While Disney is especially known for its child-friendly programs, other cruise lines also cater to children and board thousands of young travelers every day. While it seems that lines never run out of alcohol to keep the party going at sea, safety is a commodity that is definitely scarce.

Even with the most attentive parent, kids will be kids and there are far too many chances for them to run off and get hurt. According to an article titled Drowning Doesn’t Look Like Drowning, written by  Mario Vittone, a former U.S. Coast Guard Rescue Swimmer,  most drowning accidents involving children occur within 25 yards of a parent or guardian. What’s worse is that not many adults even realize the children are drowning or in any danger.

Cruise lines like Disney that are well aware of how easily children can get hurt should work extra hard to protect them from danger, and it starts with employing trained lifeguards to be on call in the event of an emergency.