Cruise Passengers Beware: Crime Rates in the Bahamas are Increasing Again - LM&W, PA
Integrity First, Compassion, and Excellence in All We Do
Skip to content
COVID-19 UPDATE: We Remain Fully Operational. Click here to read a message from our President 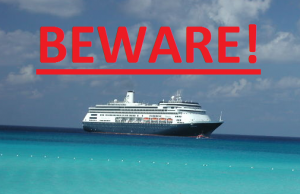 A few months ago, our cruise ship lawyers warned about increasing crime in the Bahamas, a popular destination for cruise travel. Though cruise passengers may think they are safe under the care of a cruise company, in reality, cruise lines can’t do much to stop crime. There have been an escalating number of robberies, assaults and murders in the Bahamas, and all travelers should be wary while in port.

Passengers may not think they are in any real danger if they don’t carry around flashy jewelry or cash, but truth is that anyone can get mugged, raped or killed. According to The Nassau Guardian, 10 people have been killed in the Bahamas in the past 12 days, all by guns. One of the youngest victims was a teenager, who was killed after being shot during a backgammon game. This year so far, 79 people have been killed in crime-related activity in the islands, with many victims being cruise travelers.  If the violence doesn’t come to an end soon, cruise lines may be forced to cancel calls on the Bahamas completely until crime rates decline.

Nassau, the capital city, has the highest crime rates of all. The newspaper explains that “crime has become an everyday occurrence” in Nassau, with cruise lines having to issue their own warnings to passengers while in port.  And if you think you are safe by going out during the day, think again. Many of the crimes happen in broad daylight and law enforcement is lax, to say the least.

According to Darron Cash, Chairman of the Free National Movement (FNM), the Bahamian government is doing nothing to stop criminal activity or to keep cruise travelers safe from harm. He explains the crime rate is increasing each day, especially when it comes to murders and homicides, and while the government held a forum last month to discuss initiatives that will reduce crime in the island nation, nothing has been executed.

Cash also blasted Bahamas Prime Minister Perry Christie for failing to carry out any plans to reduce crime and improve safety for both residents and tourists, claiming that Christie doesn’t follow through with his promises of change.

While there’s not much cruise lines can do to stop crime from happening in the Bahamas, they can do something to protect their guests – adequately warn their guests.

Cruise lines have a legal duty to warn of known dangers in ports of call that passengers are reasonably expected to visit.  For example, where a cruise line failed to warn its passengers of the dangers of a nearby beach where crimes often occurred, a case was permitted to proceed against the cruise line under a theory of negligence.

Our cruise ship lawyers here at Lipcon, Margulies & Winkleman, P.A. have a few tips for travelers’ that can help reduce the risk of being attacked in the Bahamas and other Caribbean ports. First, refer to U.S. Department of State Travel Advisories and Warnings before disembarking in a foreign port.  Also, never travel in port alone. Robbers and other criminals are much less likely to target a large group than an individual person, so you have a higher chance of safety in numbers.

It’s also important to leave cash onboard. Use traveler’s checks or credit cards to make purchases, which can easily be replaced or canceled in the event of a robbery. Criminals know how to spot tourists and will go straight for the cash so they can make a quick getaway. It’s also important to leave jewelry onboard as well. Never go into a foreign country with anything of value. Whether it’s a nice pair of earrings, a flashy watch or a fancy purse, thieves will spot you a mile away and will not hesitate to use force to get your possessions.

If you have a Smart Phone, you can also download our special Cruise Ship Lawyer app for free.  The app, available for download on iPhone and Android phones, can let you take pictures of a crime scene, provides you with a log to document everything that happened to you, and best of all, has a free Skype feature that allows you to communicate straight with our maritime attorneys so we can give you legal advice and get started on a case for you right away.

It will never be 100% safe for cruise travelers, but at least there are ways to lower your chances of getting hurt. It’s important to know you can always consult with a maritime lawyer if you have been injured or were involved in a crime at sea or in port. Cruise passengers have rights, and an experienced attorney can protect them.